In June, I’ll be starting a Series Week of sorts, although it’s more like a Series Summer. Every Saturday and Sunday I will be uploading reviews of the books in the Redwall series by Brian Jacques. There are 20+ books in the series, so this series of blog posts will continue until probably August (although it might be delayed a bit if I can’t read the rest of the books fast enough).

Out of My Mind is written by Sharon M. Draper. It was published in 2010 by Atheneum. Draper’s website can be found here.

“Eleven-year-old Melody has a photographic memory. Her head is like a video camera that is always recording. Always. And there’s no delete button. She’s the smartest kid in her whole school—but NO ONE knows it. Most people—her teachers and doctors included—don’t think she’s capable of learning, and up until recently her school days consisted of listening to the same preschool-level alphabet lessons again and again and again. If only she could speak up, if only she could tell people what she thinks and knows…but she can’t, because Melody can’t talk. She can’t walk. She can’t write.

Being stuck inside her head is making Melody go out of her mind—that is, until she discovers something that will allow her to speak for the first time ever. At last Melody has a voice…but not everyone around her is ready to hear it.”

What a wonderful book about cerebral palsy/disabilities! I don’t think that Melody is technically the average special needs child, since she seems more like a savant to me, but by putting you inside her head, Draper effectively makes the case that just because someone can’t talk doesn’t mean they can’t think. I think most of us too often assume just what Melody’s classmates and teachers assumed, but that’s not always the case. I once watched a video about a girl much like Melody who couldn’t communicate—until someone gave her a computer. She quickly learned to type and communicated through that medium.

Honestly, when it got to the quiz team part I thought I knew what was going to happen. Melody was going to go on to Nationals and win the team competition and prove that kids like her can do things just as well or better than other kids. But Draper instead went for the alienation/Other/assumption aspect of it, which resulted in several truly awesome comebacks from Melody to her classmates (and a whole lot of heartache for Melody). In this sense, Draper went for the more realistic plotline, which made it much more powerful, in my opinion, than what I was originally thinking would happen. 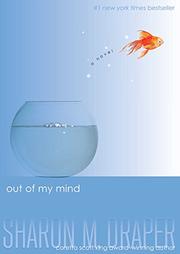 Melody did not sound like an eleven-year-old at all, but I guess her intelligence explains why she sounds more like fifteen.

It’s kind of sad that Draper portrayed everybody who didn’t work directly with Melody as Not Understanding. Everyone, even Rose, who had the most potential and opportunity to do the opposite, fails Melody at some point (although Rose’s failing says a lot about the power of peer pressure). There is no love shown, no understanding, no significance given, even by the parents of the children. Rose shows signs of this, but collapses at the end. I would say many people are probably like how Draper described the children and parents, but not everyone, and that should have been shown (although these kids are only eleven, so maybe I’m expecting too much).

“I know you can read lots of words, Melody,” Mrs. V said.

“Melody, if you had to choose, which would you rather be able to do—walk or talk?”

“I’m so proud of you! And you should be too!” Catherine whispered, holding her hand up for me to slap. But I didn’t move.

It took me a very long time, but I typed, “They think my brain is messed up like the rest of me.” I felt like crying.

“Then we’ll just have to study and show them they’re wrong!” Catherine said, a hint of defiance edging her voice.

Out of My Mind is a powerful novel that has a lot to say about children with disabilities, and even special needs education. The message is something that everyone should learn and know, and the plot was something that I felt could (and perhaps did, somewhere) happen. I found it a bit disappointing that Draper painted the other students and their parents with the same brush, as it were, but it does emphasize what she’s trying to say.

You can buy this book here: Out of My Mind

Coming Up Next: Dragonfly by Julia Golding